Wyedean was formally founded on 7th April, 1964, by David Wright. Before starting his own business, David’s first job after leaving school was as an apprentice textile designer at Bridgehouse mill. Little did he know that 34 years later he would go on to purchase the very same building. At the age of 18 and at the outbreak of the Second World War, David volunteered for the Royal Navy, specifically The Fleet Air Arm. After pilot training in Canada he qualified as a commissioned Royal Navy Volunteer Reserve fighter pilot and served with the now legendary Catapult Aircraft Merchant ships.

Wyedean was established in 1964 as a manufacturer of braid and uniform accoutrement. Previously the business was known as Dalton Barton. David joined Dalton Barton in 1959 and was taken on to introduce new blood to the company, to take a hard look at the firm and to move the business away from Coventry as it was proving increasingly difficult to compete for labour with the booming motor industry. New premises were found at Coleford between the River Wye and the Forest of Dean – which eventually inspired a new name: Wyedean Weaving.

By the early 1960s the market for narrow fabrics had grown considerably, yet it only served a hugely competitive and mainly domestic market; one in which a comparatively small business would be unlikely to survive for very long. Products such as carpet binding, curtain tape and safety harness webbing were in reasonable demand, however, there was also a call for military uniform narrow fabrics such as medal ribbon, rank braid, sergeant’s stripes and sashes.

David realised that these products had the potential to be developed into a specialist range which could provide a small family company with a long-term future. They were unlikely to go out of fashion so long as Britain maintained a monarchy with military ceremonial requirements.

So in 1964, David, by then a director of the company, struck a deal with the owners to take on the military side of the business. David immediately set about negotiating a purchase of the appropriate machinery and was able to find suitable premises at Bridgehouse Mill, Haworth.

You can view a copy of our original Dalton Barton catalogue from 1935 here.

From the early days of the business, David’s father, Frank Wright M.B.E. served as company director until his death in 1975. Frank was a textile machine designer who worked at Keighley’s Prince, Smith and Stell for over 40 years. He was awarded the M.B.E. in recognition of his inventing an entirely new yarn spinning technique called centrifugal spinning.

Norma, David’s wife, has also been involved in the business for the last 50 years, serving first as Company Secretary and currently as Chairman. In fact, since 1964 there have been four generations of the Wright family working in the mill with three still actively involved.

The Wright family has fulfilled many diverse roles, from receptionist to managing director, and from loom-tuner to inspector. Robin Wright (David’s son) joined the company in 1979 and in 1990 became Managing Director. Robin oversaw the diversification of the company’s product range, incorporating embroidery and made-up garments. Robin also brought the business into the electronic age by embracing information technology and e-commerce. During the mid-1990s it became increasingly difficult for Wyedean’s labour intensive production processes to remain competitive in the global market. In order to counter this, Robin established part of the production in an off-shore manufacturing facility in Pakistan thus ensuring the company’s long-term survival.

Rosie, Robin’s Daughter, is part of the fourth generation of the family and is heading a new venture with the launch of Wyedean Stores. As Wyedean has operated in a niche and specialist market, manufacturing textile items which others simply can’t or won’t do, it is through these online shops that this unique range can be made readily available to customers.

From the outset, worsted yarn was the main raw material used in the production of military webbing and sashes. In more recent times, however, acrylic fibres and natural/synthetic blended yarns were used. But there are still a few Ministry of Defence products which specify raw materials dating back to Victorian times, including some products which still use pure gold threads.

One of Wyedean’s key product lines is ribbon used for medals and medal bars. Historically these were manufactured from pure silk, but during the Second World War silk was in short supply because supplies were mainly going into the manufacture of parachutes. In response to this deficiency the company’s technical department developed a medal ribbon made out of the newly invented nylon, which was cheaper and more readily available. Prototypes were approved all the way up to King George VI, who rejected them because medals were awarded for acts of gallantry and lengthy or outstanding service and therefore, he felt, should only be produced using the finest materials. The King personally ensured that some silk was diverted to the factory for the manufacture of medal ribbons. After the war, though, the cost of silk continued to increase to the point of being unfeasible, and medal ribbons have been woven using nylon ever since. Nevertheless, Wyedean does occasionally still manufacture medal ribbon in pure silk on some of its traditional shuttle looms.

Wyedean’s products are unique in that they are rich in tradition, history and heritage. In fact the vast majority of goods have not changed in hundreds of years, while the manufacturing processes have evolved or improved. The company has overcome many hurdles over the years. When it needed to re-equip with modern machinery it had to do much of the innovation in-house owing to the specialist nature of the products it manufactures. As a result, most of its machines are unique.

Wyedean has a strong history of revolutionising its manufacturing processes and this is further illustrated by the work done for The Royal Household Regiment. Sashes and other items of insignia were traditionally manufactured using silk and pure gold thread, which at today’s prices would cost many thousands of pounds. Wyedean developed a synthetic version of the sash in the 1990s which was approved and embraced by its customers and which has saved the taxpayer a great deal of money ever since.

Manufacturing in the UK today is a much less viable proposition than it once was, and so the business has had to adapt accordingly. Whereas in the past Wyedean was primarily a manufacturer, these days, while some manufacturing is still done in-house, the business’s focus is much more on managing its suppliers and importing goods. This adaptation has also allowed the company to expand its product range and diversify considerably. In fact, Wyedean’s ability to be flexible and nimble on its feet is one of its greatest strengths.

Throughout Wyedean’s history and right up to the present day, its main customers have been the British Ministry of Defence and the Armed Forces. But Wyedean also supplies the Metropolitan Police Force and many other armed and uniformed services around the world, not least the Australian, New Zealand and Canadian Armed Forces and the Oman Police. Wyedean even supplies the Canadian Mounties with rank and designation insignia.

Without Wyedean’s products a uniform is just a plain suit.

More recently, and most prestigiously, Wyedean supplied the waist sashes worn by the Royal Dukes during the Queen’s birthday parade/Trooping of the Colour which is performed every year on Horse Guard’s Parade.

The Royal Family regularly wears Wyedean products, but because they are supplied via the Ministry of Defence, the company does not qualify for a Royal Warrant.

Nevertheless, following a visit to the firm by the Duke of Kent in 2001 and a visit from HRH Princess Anne in 2015, Wyedean hopes to correct that anomaly. 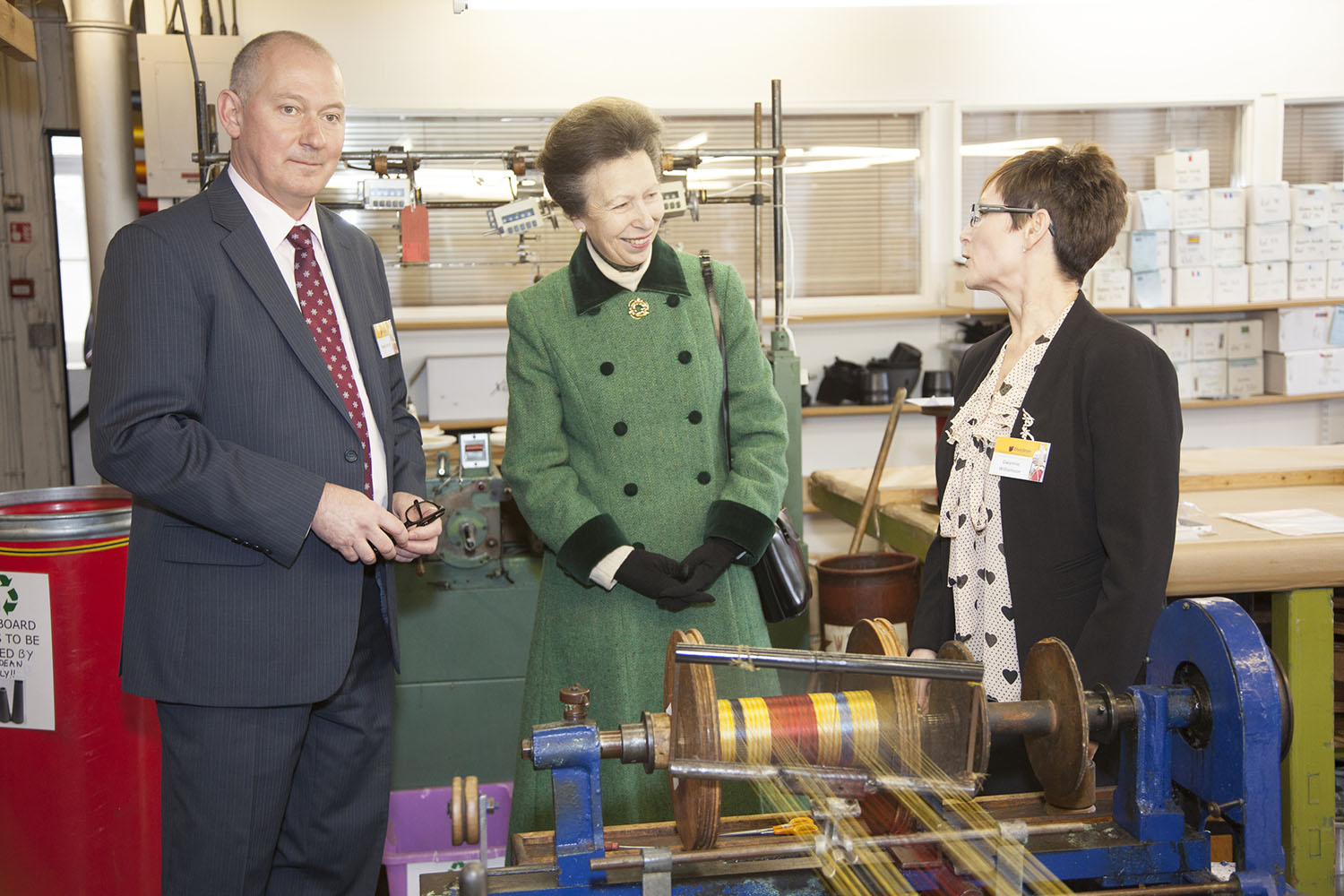 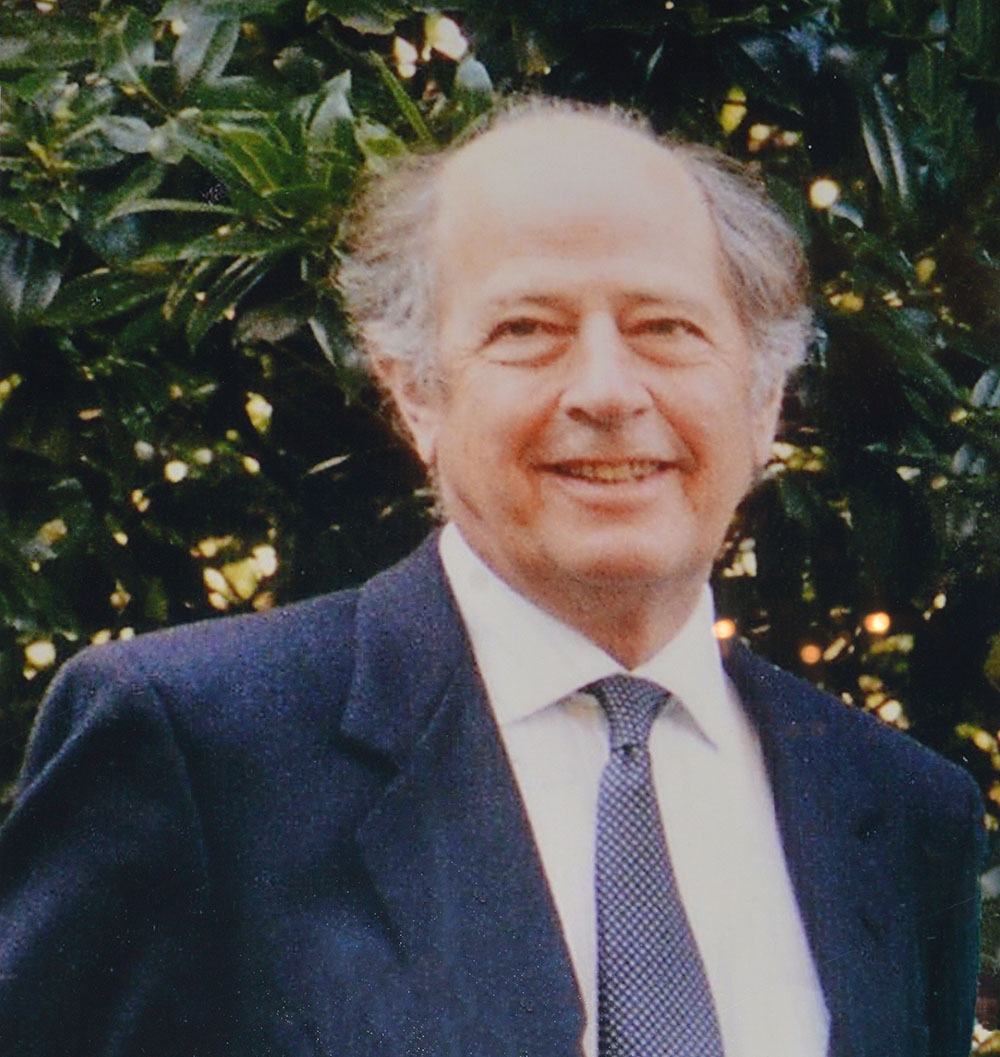 Wyedean is to appear in every parade