“Agile, adaptable and capable” is the motto of the British Royal Air Force. This highlights values which Wyedean also strives to achieve when producing uniform accessories for RAF servicemen and officers.

One of Wyedean’s most innovative creations was a new arm ribbon. Each officer wears a distinctive pale blue rank marking on their sleeve which used to be made from different widths of ribbon. Wyedean designed a new ribbon which is more visually appealing and is easier to manufacture making it more cost effective.

The RAF’s ceremonial dress is one of the most formal uniforms worldwide and remains essentially unchanged from the early 1920s. The blue-grey colour has been standard for almost 100 years.

Wyedean is proud to have supplied accessories for uniforms in several prestigious and historical ceremonies including the Queen’s Diamond Jubilee celebration and The Battle of Britain’s 70th anniversary.

The company supplies a wealth of accessories for both ceremonial and working uniforms and its huge range includes everything from distinctive braid for shirts and epaulettes to armbands for RAF police and medics.

Wyedean’s unrivalled product delivery, performance and stringent quality control, means it is the de facto choice of supplier when it comes to providing clothing for the military. 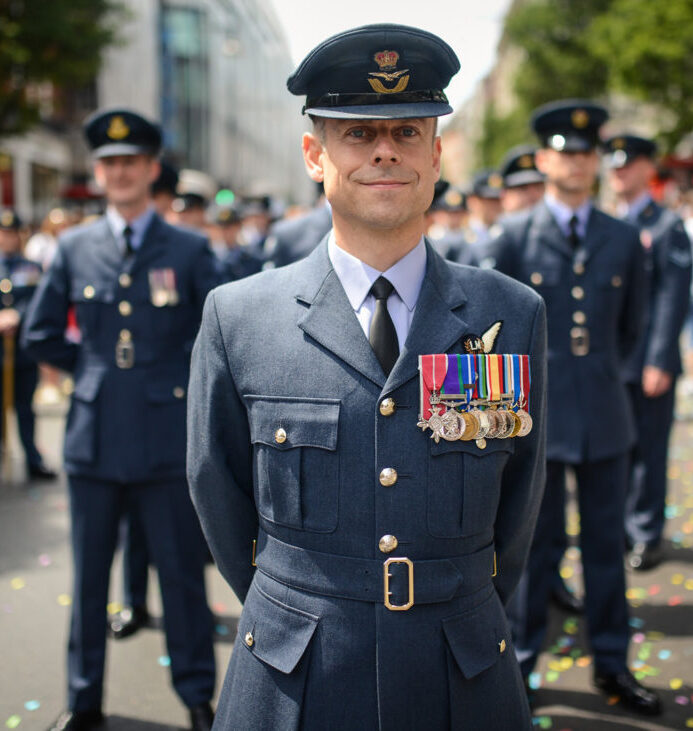